Every chihuahua owner has heard it (and probably said it too): your Chi is “a big dog in a little dog’s package.” This can be great if your pet is from a line of social Chi. But, if their grandparents’ genetic temperament was, shall we say, on the grumpier side, chihuahuas can be aggressive and stubborn. This genetic disposition can often lead your feisty little warrior into scrapes with other, bigger breeds. They can also become very fierce in unexpected ways. In 2018, a group of feral Chis took over and terrorized an Arizona town, prompting over 6,000 calls to animal control. If you are from AZ, I apologize, but I like to think of this group as The Arizona Chapter of The Yip Yap Gang.

Highly intelligent, Chis have the biggest brains in relation to body size in the canine kingdom. But this can cause complications because their somewhat fragile neck bones sometimes have trouble holding up their heads without injury, and skull size can put pressure on their brains. That big brain can also mean complications during birth since their smaller hips lead to many chihuahua moms having cesareans. They also have a high possibility of developing lameness from strains, sprains, and luxating or floating kneecaps.

A Chi’s big emotional capacity makes the breed loyal and excitable, with the need to protect their owners often superseding any care for their own safety. In fact, in 2007, a Chi saved a one-year-old from a rattlesnake, only to get bit in the process. (No worries, Zoey survived!).

They have a well-earned reputation for being feisty, bossy, and demanding. But who can resist a Chi pup in a little sweater (which they’ll need since their small size and thin coat means they get cold pretty easily)?

In combination with other health issues common to the breed, such as its propensity to epilepsy, corneal ulcers, dental crowding, tracheal collapses, and heart problems, makes insuring a Chi extra-important. Many people will wait until symptoms appear before thinking of pet insurance. Big mistake! The earlier, the better. It’s easier and less expensive to insure your Chi when they’re a puppy before they’ve developed any health issues.

Another common misconception is that pet insurance is expensive, but this all depends on where you live, your deductible, and the pet insurer you ultimately choose. Many pet owners find that insuring their Chi can cost between $26-$40 a month. If you compare this against the costs of surgery or specialized treatments they may need for the health issues we mentioned above, which can easily run into the thousands, you’ll likely find that insurance is a savvy financial decision.

To give you a few examples, the diagnosis and treatment of patellar luxations, corneal dystrophy, and Legg-Calve-Perthes disease (a bone condition that affects the femoral head) can each cost as much as $3,000. With just three conditions — all of which chihuahuas are highly susceptible to — your beloved pup may already have run you almost $10k. Put like that, insurance makes sense, no?

Of course, insurance isn’t the only thing that goes into being a great pet parent! Remember to provide your Chi with adequate socialization, daily exercise, and balanced nutrition. After all, they share their number one cause of death (heart disease) with humans. 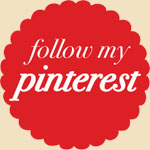