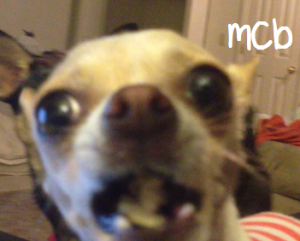 The other question people probably wonder is if popcorn is good for their dog?  I haven’t ever really worried about it, because I give my dogs popcorn all the time and nothing bad has ever come out of it.  I came across a few posts on the interwebs, of people saying that the kernels could cut open the dogs intestines.  Think about it: how sharp would a popcorn kernel have to be to cut through their intestines?  They are not made of razor blades.  My dogs chew up wood chips and eat them, I’m sure a little tiny kernel isn’t gonna do much damage.

In fact, I have read a lot of posts online talking about how popcorn is a great,  healthy way to train your dog.  If you give them air-popped popcorn, with no salt or butter, it is really low-calorie and healthy.  It is rich in healthy carbohydrates, and fiber, which is good for anyone’s body.  It is also a lot cheaper than buying a lot of dog treats to train them.  So my answer would be that popcorn is actually pretty healthy for dogs.  I’m  not a complete expert, so if you feel worried about it, I would ask your vet.

The last thing I want to discuss is an interesting observation I came across.  ” Dogs are believed to be carnivorous animals. However, before domestication and when dogs were living in the wild, they have to hunt and fill their stomach with anything to stave off hunger. Hunted prey will be eaten – meat, fur, entrails and all. The partially digested vegetation inside the prey’s stomach will be eaten as well causing dogs to develop the habit of eating grasses, berries and fruits. Moreover, the scarcity of food in the wild has caused dogs to eat anything – edible and non-edible. After domestication, dogs generally subsisted on commercially prepared dog foods (sarahsdogs).”  I know we tend to be overprotective about our dogs, mostly because we would absolutely DIE if anything bad ever happened to them, but we need to realize that they are still animals with instincts.  It is not unnatural for dogs to eat things like popcorn.

Do you feed your dog popcorn?  Leave me comments in the feedback.